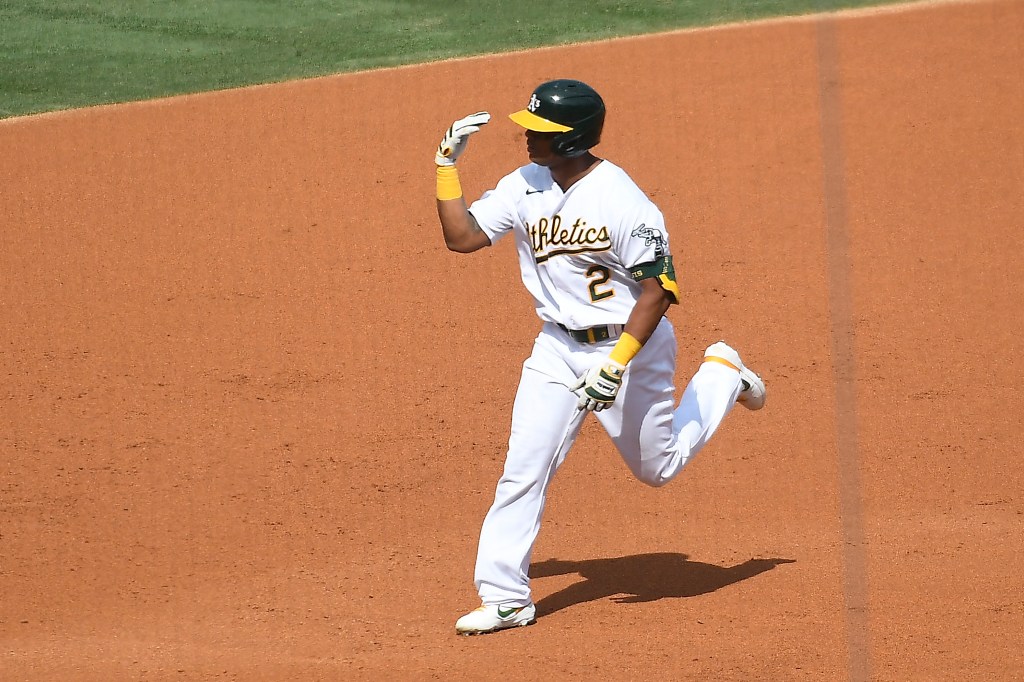 Welcome to the new Launching Pad?

Dodger Stadium is more than 1,000 miles away from Coors Field, but it sure resembled the notorious home run haven Monday for the A’s and Astros in Game 1 of the American League Division Series.

Balls were flying over the fence early and often as the teams combined for five home runs — three by the A’s — with just 3 1/2 innings completed on a sunny, 90-degree Los Angeles afternoon. In all, there were six home runs hit in Houston’s 10-5 victory.

Although Khris Davis, Sean Murphy and Matt Olson are probably the physically strongest A’s hitters, they each got a bit of a boost from the elements while blasting home runs off Houston starter Lance McCullers Jr., who hadn’t given up an earned run in his last four starts.

Astros manager Dusty Baker was in the middle of an in-game interview with the TBS announcing crew when Murphy belted a third-inning home run for a 3-0 Oakland lead.

Players from both teams had remarked before the game that the ball seemed to have extra carry at Chavez Ravine. TBS analyst Jeff Francoeur, a former 12-year veteran, told Baker he’d never seen the ball carry so easily there.

“Me neither,” Baker said. “I played here for eight years and, boy, it was tough to hit out here, especially at night. It travels better in the daytime. I’ve never seen balls go out of here by right-handed hitters to right field like I have this year.”

Indeed, the winds of change have been a season-long thing at Dodger Stadium. The stadium yielded 103 home runs, the third-most longballs of any major league park this season. Only Yankee Stadium (107) and Cincinnati’s Great American Ball Park (105) saw more homers in 2020.

Want to know how historically phenomenal the home run hitting barrage was on Monday? This was the 92nd postseason game at Dodger Stadium but there had never been as many as six homers through nine innings.

After falling behind 3-0 on the Davis and Murphy homers, it was the Astros’ turn to see how their launch angles played at the more forgiving Dodger Stadium.

Bregman hit what appeared to be a routine fly ball to left to open the fourth. But it kept carrying … and carrying, until a surprised Robbie Grossman had to suddenly race to the wall and leap in vain as it just cleared the fence.

Two batters later, Carlos Correa jumped all over Chris Bassitt’s 89 mph cutter and sent it soaring into the air deep over the center field wall.

Correa’s 421-foot blast tied the game at 3-3, and it was clear we were witnessing a Home Run Derby and not a battle between two of the stingiest pitchers in the American League.

It seemed almost absurd when Olson led off the bottom of the fourth with an ordinary fly to center that kept on going for another home run and a 4-3 Oakland lead. An astonished McCullers could do nothing but throw his hands in the air as if to say, “What’s going on?” after permitting his third home run.

McCullers wondering who turned the home run meter up and why pic.twitter.com/jVhoTa9gLd

Yet, because baseball is such a fickle game, of course the Astros broke the game open by using a slew of groundballs to score four runs in the sixth inning. Naturally, the 5-foot-6 Jose Altuve had the biggest hit during Houston’s small-ball attack, a two-run single for a 6-5 Astros lead.

Correa, though, restored a sense of new normalcy on this day by blasting his second home run of the game in the eighth inning.