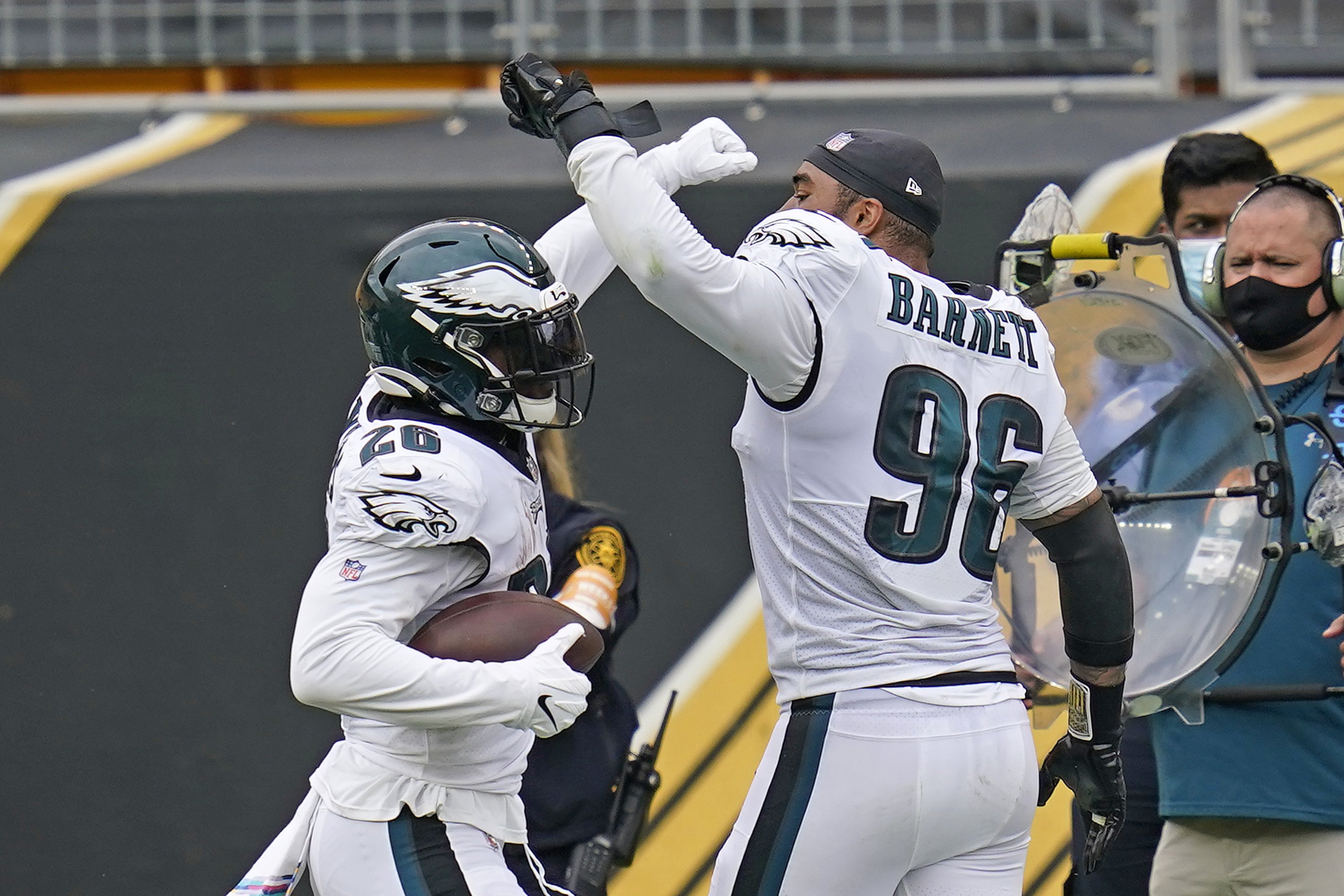 The Latest on Week 5 in the NFL (all times EDT):

Cincinnati Bengals rookie quarterback Joe Burrow is having a rough time against the Baltimore Ravens, who hold a 17-0 halftime lead.

Burrow, the top pick in the NFL draft, brought a streak of three straight 300-yard passing games into this AFC North clash.

That run — longest by a rookie in NFL history — is in danger of ending. Burrow is 9 for 19 for 87 yards with an interception and a lost fumble. He’s also been sacked three times and has a humbling 38.7 quarterback rating.

For the second week in a row a player has been ejected for targeting after a hit on a Houston Texans player.

On Sunday, Jaguars safety Josh Jones was disqualified for his hit on Brandin Cooks after he made a 23-yard catch early in the third quarter. The penalty comes a week after Minnesota’s Harrison Smith was ejected for his helmet-to-helmet hit on tight end Jordan Akins.

Akins sustained a concussion from the hit by Smith. Cooks was not injured.

Smith took the field for Washington after starting quarterback Kyle Allen injured an arm on a hit by Los Angeles Rams cornerback Jalen Ramsey. This marks Smith’s first NFL game action in 693 days, as he broke his right tibia and fibula in gruesome fashion on this field 23 months ago.

The now 36-year-old quarterback completed a 6-yard screen pass to J.D. McKissic on his first snap since Nov. 18, 2018. Smith was cleared to practice in August and became the backup when coach Ron Rivera benched Dwayne Haskins and demoted the 2019 first-round pick to third on the depth chart.

Smith’s career was in jeopardy when he was injured two seasons ago and underwent 17 surgeries. He also survived a life-threatening infection and was in the hospital for month.

Rivera said this week he was confident putting Smith in a game because doctors gave the green light. Offensive coordinator Scott Turner said Smith had not been hit in practice to prepare him.

His first contact against the Rams was a sack by Aaron Donald. Smith got up and jogged off the field

Smith was 1 of 2 for 6 yards. Allen is questionable to return.

The injuries continue to pile up in Kansas City, where Raiders cornerback Trayvon Mullen and defensive end Carl Nassib have joined safety Lamarcus Joyner and wide receiver Hunter Renfrow on the sideline.

Mullen walked off dizzily after his helmet hit Travis Kelce’s shoulder pads while making a tackle. Nassib left with a foot injury. Joyner hurt his hamstring on the game’s first place while Renfrow was shaken up on a punt return.

The Chiefs have lost offensive guard Kelechi Osemele to a right knee injury and linebacker Anthony Hitchens to a hand injury.

Arizona Cardinals linebacker Chandler Jones has been knocked out of the game against the New York Jets with a biceps injury.

The Cardinals lead the Jets 14-3 late in the first half.

Pittsburgh receiver Chase Claypool and Philadelphia running back Mile Sanders have each scored two touchdowns as the Steelers and Eagles are tied at 14-all in the second quarter.

Claypool, a rookie second-round pick from Notre Dame, has scored on a 2-yard run and a 32-yard catch.

Sanders has touchdown runs of 74 yards and 1 yard. His 74-yarder was the Eagles’ longest run from scrimmage since Brian Mitchell had an 85-yarder against Atlanta in 2000.

Pittsburgh has lost guard David DeCastro for the game with an abdominal injury.

Former Fordham star Chase Edmonds has run for a 29-yard touchdown in his return to the New York metro area as the Phoenix Cardinals lead the New York Jets 7-0 at the end of the first quarter.

Edmonds’ touchdown capped an 89-yard drive. It was the fourth touchdown Edmonds has scored in MetLife Stadium over the past two seasons. Edmonds ran for 3 touchdowns and a career-high 126 yards last season in a win over the Giants.

Fordham is in the Bronx, one of the five boroughs of New York City.

With Kyle Allen promoted to starting quarterback and Dwayne Haskins demoted to third on Washington’s depth chart, Alex Smith is active and in uniform for the first time since his gruesome injury on Nov. 18, 2018.

Smith, now 36, broke his right tibia and fibula that day. He underwent 17 surgeries and survived a life-threatening infection. Smith was cleared to practice in August and became the backup when Haskins was benched.

Smith is one injury to Allen away from completing his remarkable comeback to play in an NFL game again. Allen led Washington on a first-quarter touchdown drive to take a 7-6 lead on the Los Angeles Rams.

All of them left within the first eight plays of their AFC West matchup.

Joyner walked off gingerly after chasing down Chiefs running back Clyde Edwards-Helaire on the first play of the game.

Osemele had to be removed on a cart with a right knee injury. He collapsed on a scramble by Chiefs quarterback Patrick Mahomes. It occurred two plays after Osemele was called for holding, wiping out a 58-yard touchdown pass to Tyreek Hill.

Renfrow was hurt after signaling for fair catch on a punt return, then fielding the ball and getting tackled.

The uncertainty in the Arizona Cardinals-New York Jets game started with the coin toss.

After the Cardinals won the toss, wide receiver Larry Fitzgerald said Arizona was deferring. The Jets took the ball and Fitzgerald started jogging to the sideline.

Referee Adrian Hill had to call Fitzgerald back to ask which way the Cardinals wanted to kick off. Fitzgerald looked to the bench, got a signal and it was decided.

The Kansas City Chiefs and Pittsburgh Steelers put their unbeaten records at stake in their respective games to headline the NFL’s early-afternoon action on Sunday.

This marks Pittsburgh’s first game since a 28-21 victory over the Houston Texans on Sept. 27. The Steelers unexpectedly had last weekend off because their scheduled game with Tennessee was postponed until Oct. 25 because of a COVID-19 outbreak on the Titans’ roster.

Kansas City and Pittsburgh are two of the six remaining unbeaten teams. The others are the Titans, Buffalo Bills, Green Bay Packers and Seattle Seahawks.