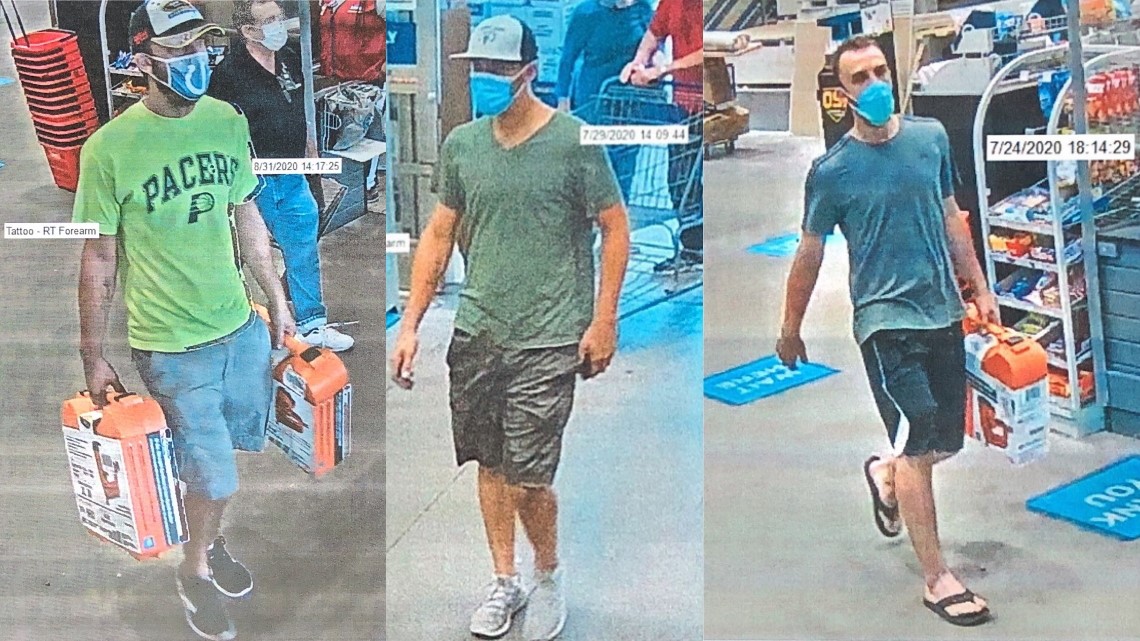 The latest theft of cordless finishing nailers occurred on Friday, Sept. 11 at the Lowe’s in Carmel.

CARMEL, Ind. — Police in Carmel are searching for a man believed to be involved in the theft of tools on several occasions from a home improvement store.

Investigators shared three surveillance photos of the suspect, including one from the latest alleged theft on Friday, Sept. 11, at the Lowe’s store in Carmel. Police believe the same suspect is involved in the other two thefts of cordless finishing nailers, as well.

The white male suspect, who is described as standing between 5-feet-5-inches and six-feet tall and weighing between 150-170 pounds, was last seen wearing a green Indiana Pacers t-shirt, blue shorts and a black-and-white hat. He was wearing a blue Indianapolis Colts facemask during the alleged theft on Sept. 11.

On September 11, 2020 a theft was reported at Lowe’s in Carmel. It is believed that the suspect is the…

Police say the man also has a tattoo on the inside of his right forearm. He was seen leaving the store Friday in a dark four-door sedan.

Anyone with information about the thefts or the suspect is encouraged to call Carmel Police Ofc. Jerek Murphy at 317-571-2500 or Crime Stoppers at 317-262-TIPS and reference Carmel Police case number 20-62080.