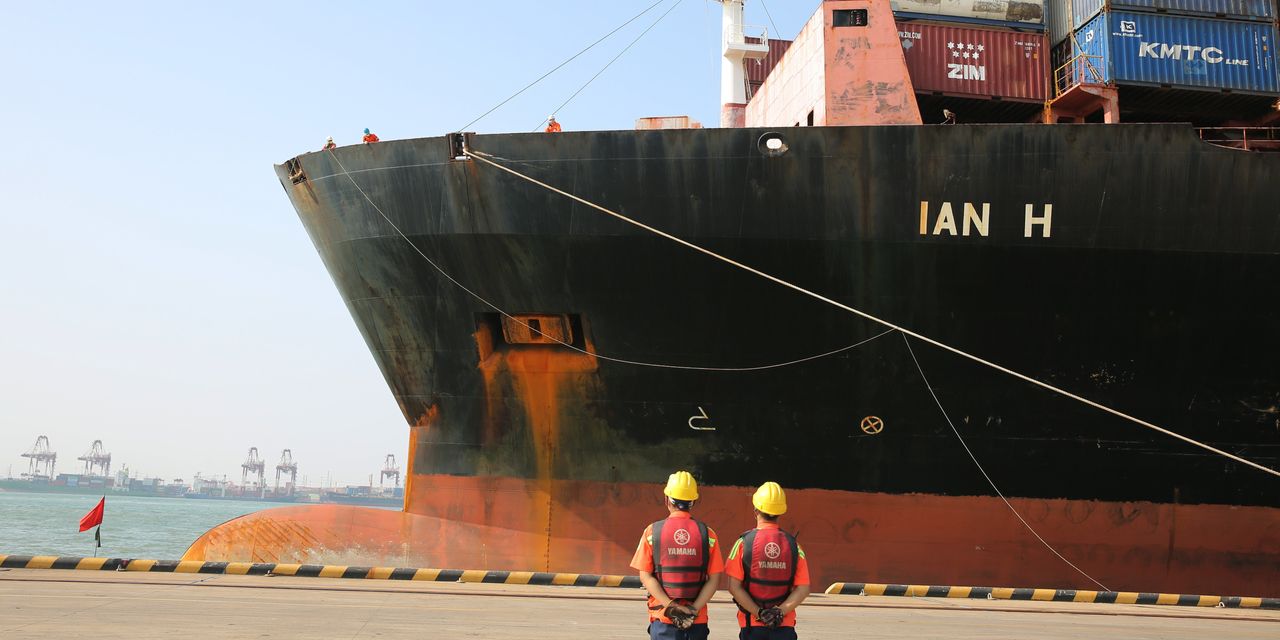 BEIJING—China’s exports and imports both posted strong gains in September, as a recovery in global and domestic demand provided another boost to the world’s second-largest economy.

China’s imports from global markets jumped 13.2% in September from a year earlier after falling 2.1% in August, according to data released Tuesday by the General Administration of Customs.

Exports topped market expectations for a sixth straight month, rising 9.9% from a year earlier in September—the quickest pace in more than a year—as China continued to benefit from coronavirus-fueled demand for medical equipment and work-from-home electronic products.

Taken together, the strong trade figures point to a robust recovery that most economists expect will show China regaining its pre-coronavirus growth trajectory of between 5% and 6% when it reports third-quarter gross domestic product figures on Monday—and through the end of the year.

“In coming months, we expect the export strength to persist and imports may also continue to expand on the back of continued recovery in domestic activity,”

China’s surprisingly strong import number reflects improving domestic demand and Beijing’s willingness to fulfill commitments made in the phase one trade deal signed with the U.S. in January, which includes promises by China to buy more American agricultural and energy products.

Though the coronavirus has upended economies around the world this year and contributed to China falling well short of the purchase commitments it made in January, American and Chinese trade officials reaffirmed their commitment to the trade deal during a telephone call in late August.

In September, China’s overall imports of agricultural products and industrial-related commodities posted another straight month of strong growth, though the official data released Tuesday didn’t include breakdowns on where the goods were coming from. That information will be released later this month.

Regardless, the strong imports underscored the robustness of China’s domestic demand rebound, with investment in infrastructure and real estate likely fueling purchases of industrial commodities, said Julian Evans-Pritchard, an economist at Capital Economics.

On the export side, shipments of medical and work-from-home gear have been the main contributor to China’s upside surprises. China, which suffered the bulk of the coronavirus’s economic impact in the first three months of the year, mostly resumed factory production by the second quarter, giving it a competitive advantage as much of the rest of the world struggled with lockdowns.

That allowed China to seize a bigger piece of the market for global exports this year.

Economists have repeatedly predicted shipments of these two categories of goods—medical equipment and work-from-home gear—to taper off as other exporting nations came back online, but official data released Tuesday indicates that China’s strength has continued unabated.

Overall, China’s import increases were larger than its export gains, thus narrowing China’s trade surplus to $37 billion in September from $58.9 billion in August, which was smaller than economists’ expectation for a $58.4 billion surplus.

China is set to release its third-quarter GDP figures on Monday. Economists polled by The Wall Street Journal expect growth of 5.3% in the third quarter from a year earlier, faster than the second quarter’s 3.2% figure and not far off from the 6.1% growth rate for all of 2019—just before the economy was hit by the coronavirus.

The Chinese economy suffered its worst quarterly GDP contraction in four decades in the first three months of 2020, when the economy contracted by 6.8%.

—Grace Zhu contributed to this article.