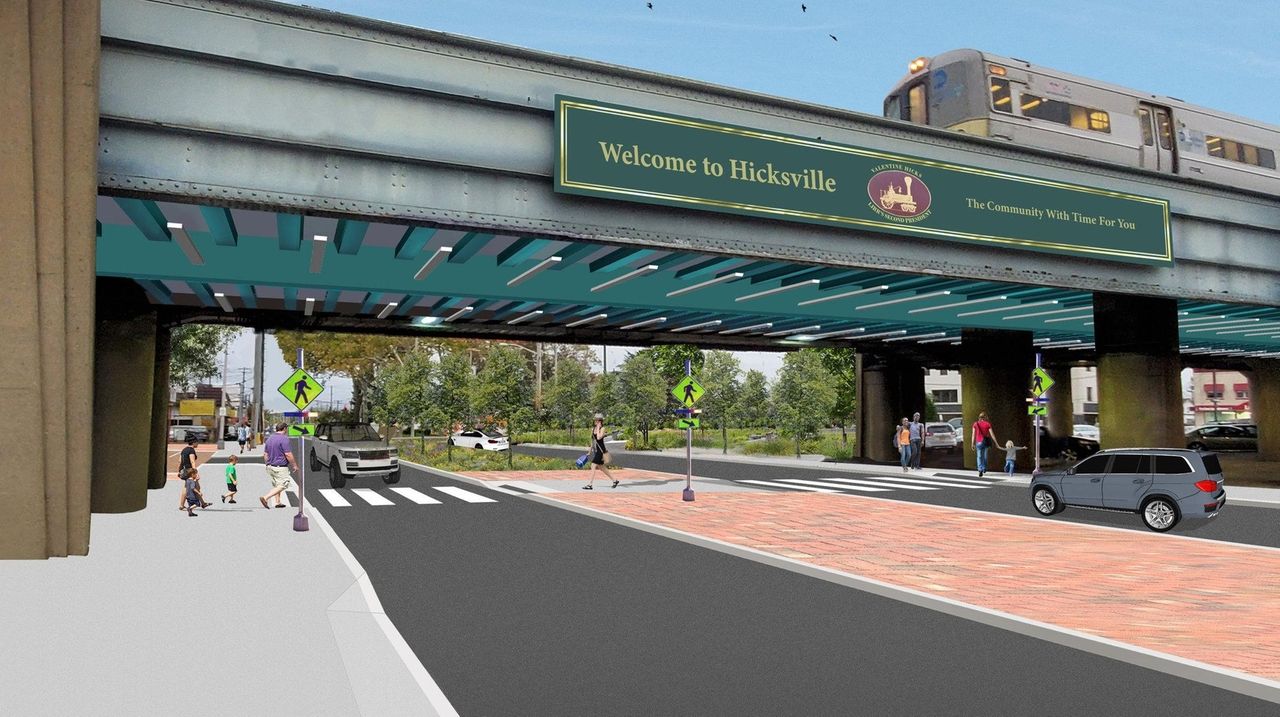 Downtown Hicksville’s chaotic jumble of roads and walkways is set for a $22 million pedestrian and bicycle-friendly makeover — if the funding can be secured.

Nassau County last week released its “complete streets” plan for the area around the Hicksville Long Island Rail Road station that is poised for revitalization.

The plan was developed in cooperation with officials from Oyster Bay, the New York State Department of Transportation, the LIRR and local organizations.

The complete streets proposal would complement expected development. Oyster Bay was awarded a $10 million state grant in 2017 to revitalize downtown Hicksville. That grant will fund LIRR station access improvements, new public spaces and mixed-income housing. The Oyster Bay Town Board is expected to rezone the area and is considering an application for a mixed-use residential and commercial development at the former Sears site.

The most expensive recommended project in the complete streets report is $5.9 million for improvements to sidewalks and adding bicycle parking to the heart of downtown Hicksville, a half-mile stretch of Broadway from Old Country Road to John Street that is lined with small stores. Another large proposal is $5.2 million to create a pedestrian plaza at the LIRR station and improve the area for drop-offs by private vehicles.

The pandemic has changed education on Long Island. Find out how.

“The majority of these projects are for county and state roadways, and are largely unfunded at the moment,” town spokesman Brian Nevin wrote in an email of the complete streets recommendations.

The town expects to issue a request for proposals for a master developer early next year for the improvement of LIRR station circulation. Nassau County awarded the town $150,000 for streetscaping on Broadway and will be using $400,000 in federal funds for pedestrian safety on the roadway, Nevin said.

Proposed bicycle lanes are intended to create a network for riders traveling generally east and west around the LIRR station.

“Downtown Hicksville requires a network of bike lanes and bike parking areas, to improve access for cyclists to the station and throughout the downtown area,” the report said. There are now just 250 feet of bicycle lanes around the station. The proposal would create 1.75 miles of bicycle lanes.

“The next step now is to identify sources of funding,” Curran said.

The county is looking for federal grants to mitigate traffic congestion and to improve air quality, as well as funding from state programs, according to Curran and the report.

Ted Phillips covers the Town of Oyster Bay and has been a reporter at Newsday since 2011. Over his career he has covered state government in Albany, municipal finance, local government, crime, economic development and armed conflict.