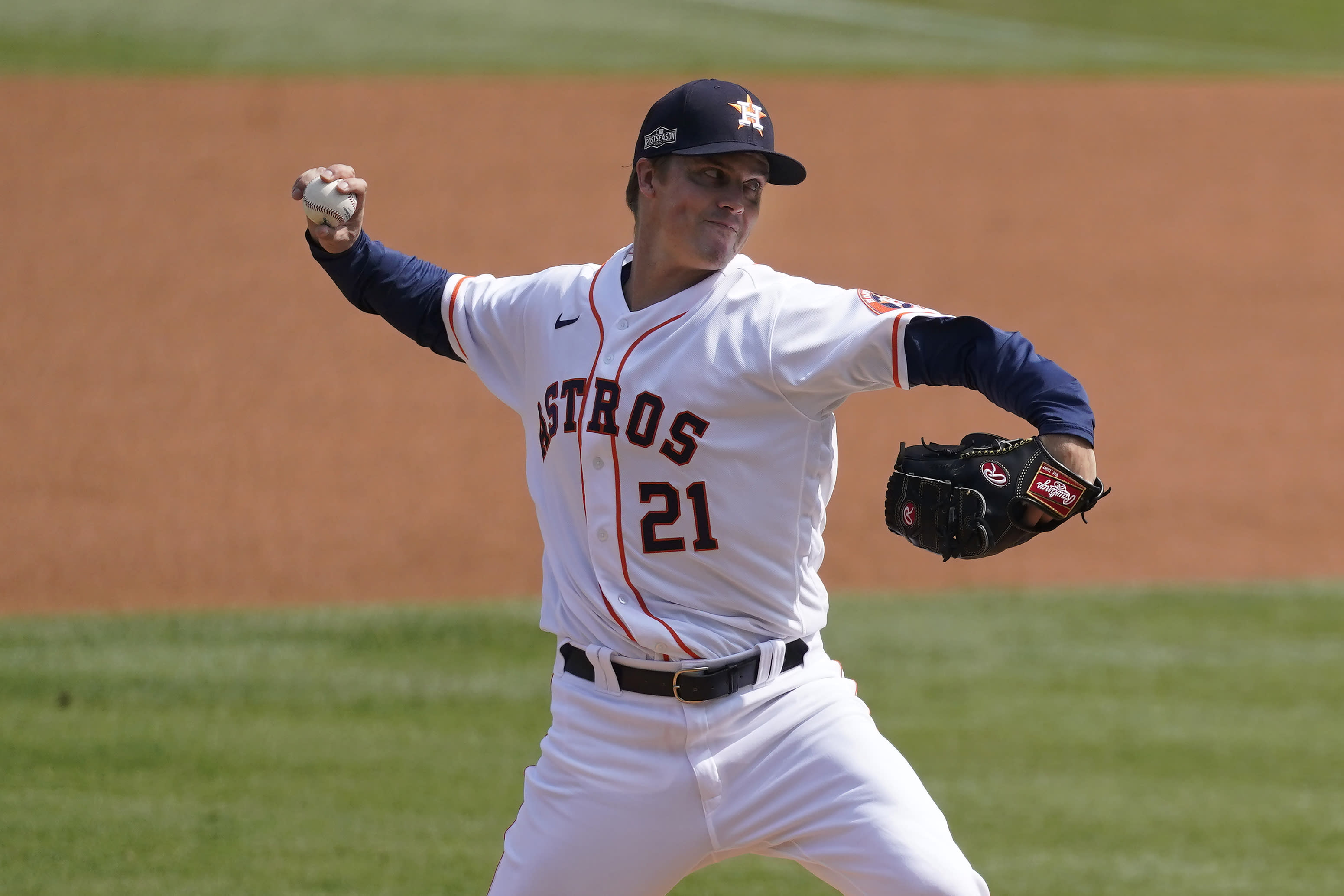 Did Zack Greinke really give away a pitch to the Oakland A’s?

The Houston Astros pitcher caused a stir on Thursday when he held up two fingers moments before throwing a 3-2 pitch that A’s outfielder Ramón Laureano deposited into the left field stands for a two-run home run in Game 4 of the ALDS.

Did Greinke really give away pitch?

That looks … bizarre. Was Greinke atoning for the sins of the Astros sign-stealing scandal by blatantly giving away pitches to a playoff opponent?

If that seems unlikely, it’s because it is.

While it’s fun for fans to think that a six-time All-Star pitcher for baseball’s most reviled franchise would suffer such a monumental lapse of judgment, the more likely explanation is much more mundane.

Greinke wasn’t likely signaling what pitch was coming. It’s much more likely that he was communicating a pitch sequence with catcher Martin Maldonado.

So rather than signaling “two” for a curveball, Greinke was more likely signaling a code to his catcher that only he and his Astros teammates know to indicate what series of signs would be used. Plus, that looked like a slider, not a curveball.

To whom it may concern

For Laureano, it doesn’t appear to matter what Greinke is or isn’t signaling. In his very next at-bat on Thursday, he took Greinke deep for another home run to left field to cut into Houston’s fifth-inning lead.

He told reporters after the game that the Astros won, 11-6 to advance to the ALCS that he didn’t even see Greinke’s signal.

“I don’t look at him,” Laureano said, per the San Francisco Chronicle’s Susan Slusser. “I was looking at the grass.”