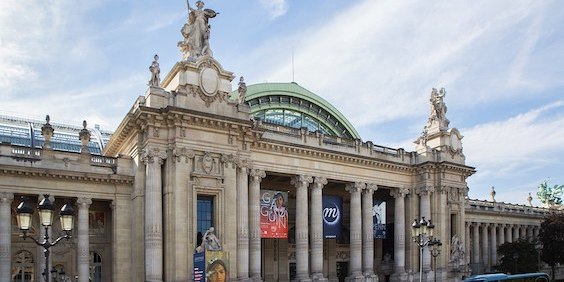 The hotly anticipated renovation of Paris’s historic Grand Palais is to be somewhat less grand following government intervention in the project, The Art Newspaper reports. Costs, originally projected at $543 million, soared to $700 million, prompting the Réunion des Musées Nationaux-Grand Palais (RMN-GP), the government entity which oversees the structure, to step in and pare the scheme back to fit the original budget.

The initial plans for remodeling, announced in February 2018, would have reconfigured the site and required extensive excavation of the grounds surrounding the 120-year-old structure as well as its interior. Among the changes originally put forth by French-Italian architects LAN (Local Architecture Network) were a new entrance and an internal “pedestrian street” that would connect the different parts of the massive building, which hosts the popular annual fairs Paris Photo and the Foire Internationale d’Art Contemporain (FIAC).

The rising costs were to have been offset by a donation from iconic fashion brand Chanel and by a loan from the RMN. However, the ongoing Covid-19 crisis proved to be deleterious, rendering the excess costs financially imprudent, and additionally causing the schedule to slip as the country grappled with restrictions surrounding the virus.

Now, in agreement with the Ministry of Culture, the refurbishment will be more “sober,” as described in a statement by the RMN-GP. Overseen by François Chatillon, the chief architect of historic monuments, the restoration project will now be focused on “rediscovering the building and its original spaces. Destruction is reduced to a minimum, and the project no longer requires digging under the nave or in the listed wooded areas and protected green spaces located around the monument.”

The structure is to be closed from 2021; according to the RMN-GP, the nave and surrounding galleries will be brought up to standard by spring 2024 in time to host the Olympic and Paralympic Games, with the entire building, including the Palais de la Découverte, opening to the public in spring 2025.