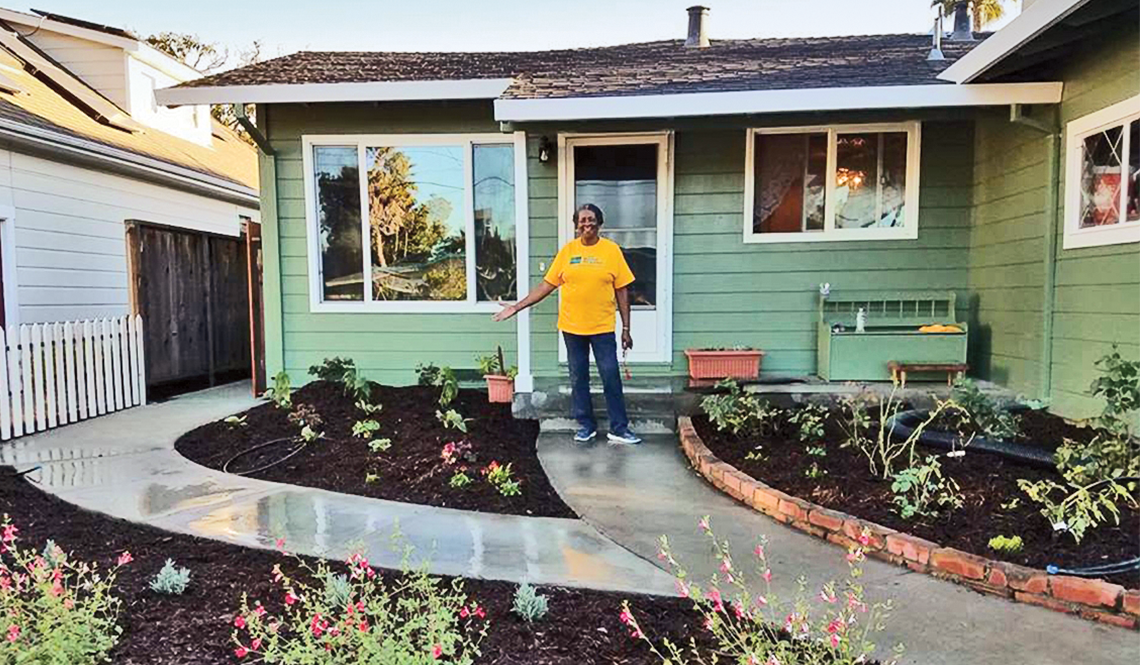 When Carrie and Sterling Whitley bought their house in 1971, they paid less than $15,000. Nearly 50 years later, similar homes on their street have sold for more than $1 million.

THE PROBLEM: The Whitleys, who are in their 80s, own the house outright and don’t want to move. But the financial and physical demands involved in maintaining the house are a challenge.

A SOLUTION: To help low-income homeowners age 62 or older live independently and keep their homes, the Monterey Bay affiliate of Habitat for Humanity and the City of Santa Cruz launched My House My Home: A Partnership for Aging-in-Place. The pilot program builds accessory dwelling units so older homeowners can downsize into a new, aging-friendlier home and earn rental income from their original house. Or such homeowners can remain in their house and rent out the new, smaller residence. Participating homeowners are required to charge an affordable rental rate.

REALITY CHECK: When the Whitleys’ project broke ground in April 2017, they were the first homeowners to receive an ADU through the program, which worked with them to design the ADU as an addition to their existing home. Since the dwelling was built with accessibility features, Carrie and Sterling know they can downsize into it if they ever need to. Until then, their daughter, Brenda, resides in the addition.

REAL LIFE: “I’m right next door to my parents in case they need me or need any help,” Brenda says.

Learn more about the Sterlings’ ADU in the article “Accessory Dwelling Units Allow Homeowners to Choose Where They Age.”