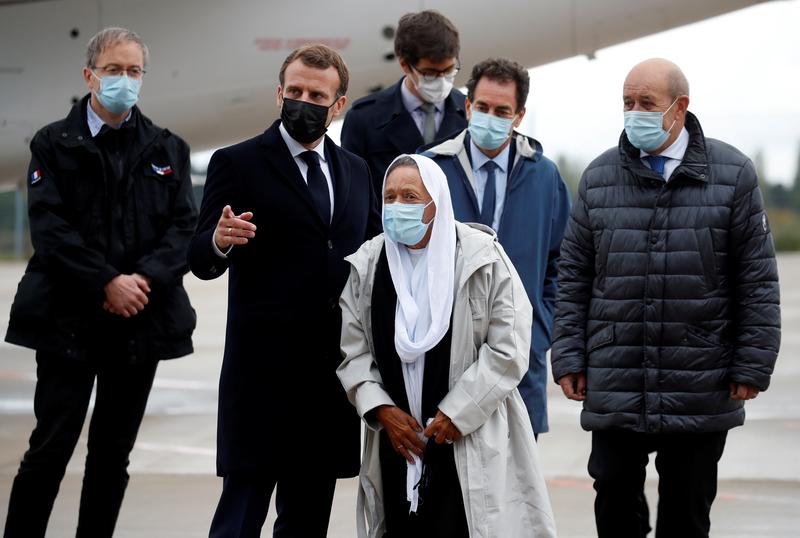 VILLACOUBLAY, France (Reuters) – French aid worker Sophie Petronin, released from captivity in the Mali desert, walked down the steps of a military plane that brought her home on Friday and was swept up in the embrace of family members she had not seen for four years.

French President Emmanuel Macron, at the foot of the steps to greet 75-year-old Petronin, exchanged a few words with her but then stood aside while family members, some in tears, formed a tight huddle around Petronin, hugging her and each other.

Petronin was one of four hostages being held by jihadist militants who were released this week. She had been kidnapped near the desert city of Gao, northern Mali, in 2016, while running a charity for malnourished and orphaned children.

From the Malian capital, Bamako, where she was taken after her release, she described how at one point in her captivity, she was ready to give up hope, but a small voice in her head encouraged her to go on.

She said she decided to treat her captivity as a spiritual retreat. [nL8N2H0257]