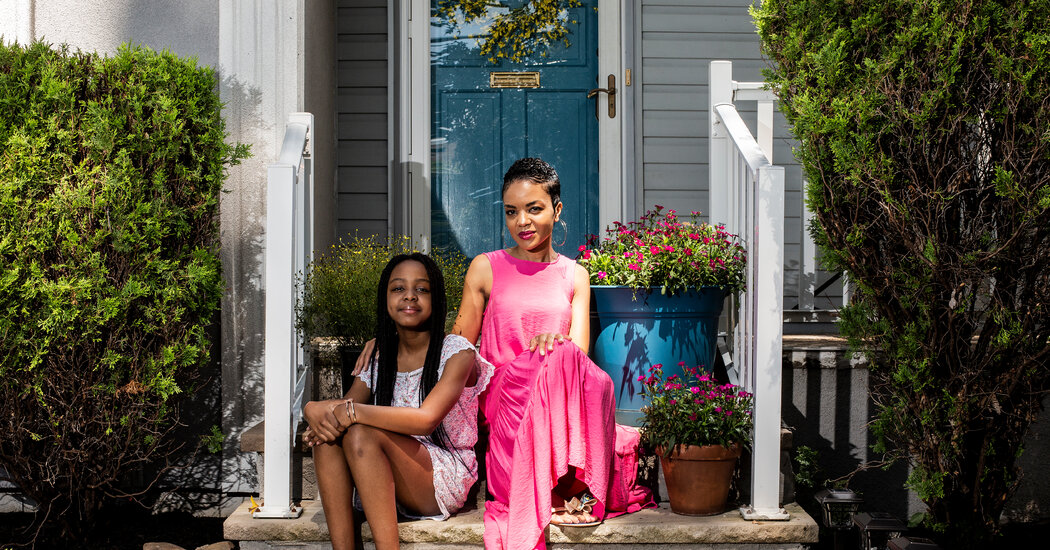 Trevor McIntosh, 35, and Brennan Johnson, 31, secured a mortgage for their Wheat Ridge, Colo., home through Better.com in 2018. “We’re both millennials and we need to immediately go online for anything,” said Mr. Johnson, a data analyst. “It seemed more modern and progressive, especially with the tech behind it.”

Previously, the couple had negative home buying experiences. One homeowner, they said, outright refused to sell to them. A loan officer also dropped a bunch of surprise fees just before closing. The couple wasn’t sure whether prejudice — unconscious or otherwise — was to blame, but they couldn’t rule it out. “Trevor and I have experienced discrimination in a variety of forms in the past, and it becomes ingrained in your psyche when interacting with any institution,” said Mr. Johnson. “So starting with digital, it seemed like fewer obstacles, at least the ones we were afraid of, like human bias.” (Better.com introduced me to Ms. Anderson, Mr. McIntosh and Mr. Johnson, and I interviewed them independently.)

Digital lenders say that they assess risk using the same financial criteria as traditional banks: borrower income, assets, credit score, debt, liabilities, cash reserves and the like. These guidelines were laid out by the Consumer Finance Protection Bureau after the last recession to protect consumers against predatory lending or risky products.

These lenders could theoretically use additional variables to assess whether borrowers can repay a loan, such as rental or utility payment history, or even assets held by extended family. But generally, they don’t. To fund their loans, they rely on the secondary mortgage market, which includes the government-backed entities Freddie Mac and Fannie Mae, and which became more conservative after the 2008 crash. With some exceptions, if you don’t meet the standard C.F.P.B. criteria, you are likely to be considered a risk.

Fair housing advocates say that’s a problem, because the standard financial information puts minorities at a disadvantage. Take credit scores — a number between 300 and 850 that assesses how likely a person is to repay a loan on time. Credit scores are calculated based on a person’s spending and payment habits. But landlords often don’t report rental payments to credit bureaus, even though these are the largest payments that millions of people make on a regular basis, including more than half of Black Americans.

For mortgage lending, most banks rely on the credit scoring model invented by the Fair Isaac Corporation, or FICO. Newer FICO models can include rental payment history, but the secondary mortgage market doesn’t require them. Neither does the Federal Housing Administration, which specializes in loans for low and moderate-income borrowers. What’s more, systemic inequality has created significant salary disparities between Black and white Americans.

“We know the wealth gap is incredibly large between white households and households of color,” said Alanna McCargo, the vice president of housing finance policy at the Urban Institute. “If you are looking at income, assets and credit — your three drivers — you are excluding millions of potential Black, Latino and, in some cases, Asian minorities and immigrants from getting access to credit through your system. You are perpetuating the wealth gap.”