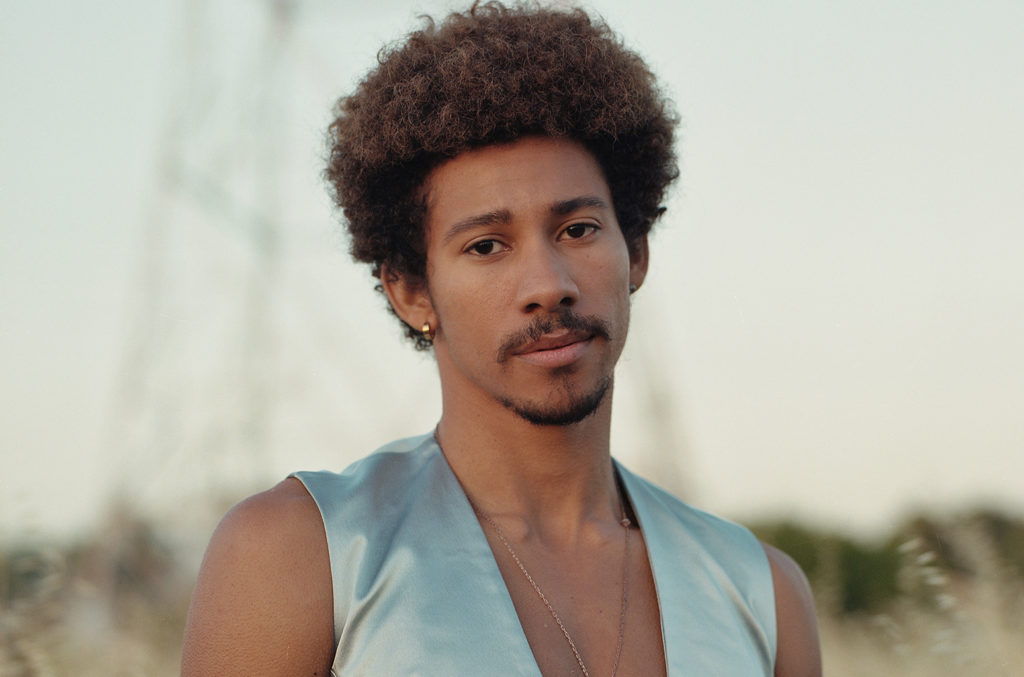 Next up, Lonsdale switched to white pants and ditched his shirt for “White Noise,” a vintage-soul-inspired number imbued with a positive antiracist message. He was joined by a saxophonist and a tap dancer for the soaring finale. “When we dance, let’s dance together,” he sang.

The mood was even more upbeat on “Chocolate,” a funky psychedelic-soul jam presented with a bright color palette that extended from Lonsdale and company’s clothing to the palm tree set pieces and kaleidoscopic patterns swirling on the screen. “Ain’t life sweet?” Lonsdale sang. “Sweet like chocolate?” As the song came to an end, he reclined on the floor and asked, “Ain’t that the truth?”

As he took a well-deserved breather after 13 nonstop minutes of singing and dancing, Lonsdale thanked Billboard, Live-At-Home sponsor Mercedes-Benz, and Black Youth Project 100, the charity he chose to promote and raise money for with his performance. BYP100 comprises Black youth activists who approach their social justice mission “through a Black, queer, feminist lens.” It’s the perfect cause for Lonsdale, an artist whose inclusive worldview inspires genre-hopping music that’s already making the world a better place.