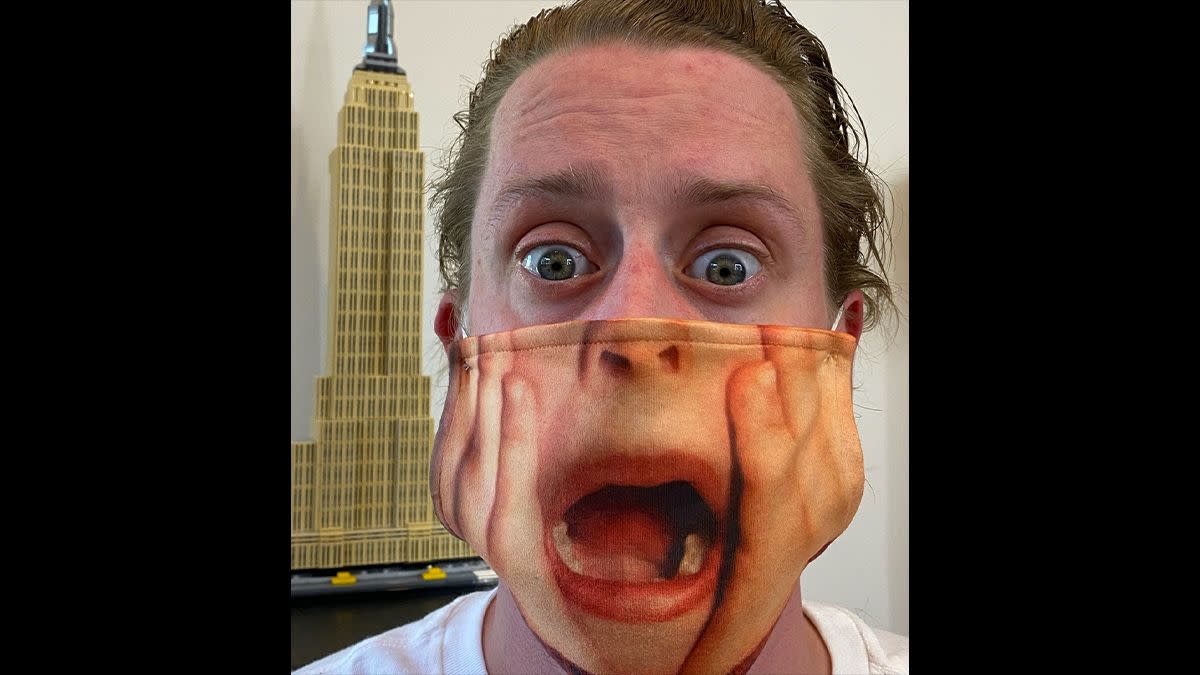 The post Macaulay Culkin Wears His Own Face With Incredible Home Alone Mask appeared first on Consequence of Sound.

We’ve seen plenty of celebrity step up and ask (plead with?) people to wear their face masks. Stevie Nicks wrote a message on her public journal, Motörhead made their own Lemmy masks, and Paul Rudd teamed with New York state for a hilarious video targeting millennial. But Macaulay Culkin has created what is either the best or creepiest PSA by donning a face mask featuring his own visage from Home Alone.

In a post that broke the Internet, Culkin shared a photo of himself wearing… well, himself. The mask features an enlarged image from the Home Alone poster, itself a reference to the iconic scene where Kevin McCallister learns about the pains of aftershave. True, given the thirty-year age difference between Culkin now and when he played the character, the proportions are kind of terrifying, but the point is still made.

“Just staying Covid-safe [by wearing] the flayed skin of my younger self,” Culkin wrote in a tweet sharing the pic. “Don’t forget to wear your masks, kids.”

If you’re now asking yourself, “Where can I get this mask for myself”? We’ve got you covered.

Head over to the Consequence Store and pick yourself up a novelty face mask that’ll make you say, “Merry Christmas, ya filthy animal!” A portion of all proceeds will go to supporting independent artists through the MusiCares’ COVID-19 Artist Relief Fund.

Subscribe to Consequence of Sound’s email digest and get the latest breaking news in music, film, and television, tour updates, access to exclusive giveaways, and more straight to your inbox.