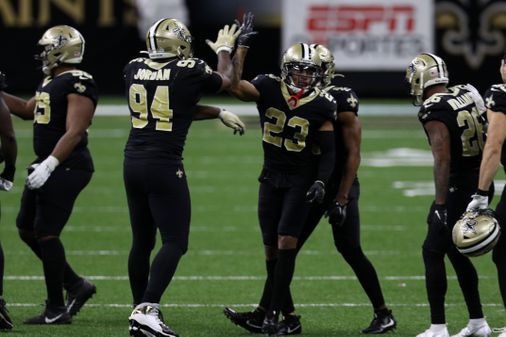 “LSU has been gracious and enthusiastic regarding hosting our future games and we very much appreciate their partnership,” said Greg Bensel, the Saints’ senior vice president for communications. “We have also discussed the possibility of moving our home games to LSU with the NFL and they are aware of our exploring this option.

“Obviously, our overwhelming preference is to play our games in the Mercedes-Benz Superdome with partial fan attendance, but there has been no indication from the city on when, or if, this might be approved.”

The Saints have played three of eight scheduled regular-season home games in the Superdome this season with no ticketed fans in attendance. The few hundred in attendance consisted primarily of privately invited family members of players, coaches or staff.

The Saints had placed a request with New Orleans’s mayor, Latoya Cantrell, to allow ticketed fans to occupy about 25 percent of the Superdome’s 73,000 seats while wearing face coverings and following other social distancing guidelines during Monday night’s game against the Chargers. But Cantrell denied that request.

“While the Saints’ request for a special exception to the city’s COVID-19 guidelines remains under consideration, allowing 20,000 people in an indoor space presents significant public health concerns,” said Beau Tidwell, Cantrell’s director of communications. “At present, no NFL stadium in the country with a fixed-roof facility is allowing such an exception. We will continue to monitor the public health data but cannot set an artificial timeline for how and when conditions may allow for the kind of special exemption being requested.”

LSU’s Tiger Stadium is an outdoor venue seating up to 102,000, meaning it can hold more than 25,000 fans at one-quarter capacity.

“Should they choose to come, the Saints and Saints fans will be required to adhere to the same guidelines put in place for college football games — social distancing with 25 percent occupancy, required masks, and no tailgating,” Broome said. “If we all do our part, we can begin to return to normalcy.”

The Saints last played home games at LSU in 2005, when the Superdome was damaged by Hurricane Katrina.

The New York Jets placed wide receiver Chris Hogan on injured reserve on Tuesday because of a high ankle sprain.

Hogan, a former Patriot, will be sidelined at least the next three games after being injured in New York’s 30-10 loss to Arizona on Sunday. The 31-year-old Hogan was signed during training camp and is second on the team with 14 receptions this season.

With Hogan out, New York has just three healthy wide receivers on the active roster: Jamison Crowder, Braxton Berrios, and Jeff Smith. Breshad Perriman has missed the past three games with an ankle injury. Rookie Denzel Mims remains on injured reserve after hurting his hamstrings during training camp.

The Cowboys signed quarterback Garrett Gilbert off the Browns’ practice squad after Dak Prescott’s season-ending ankle injury. Dallas is the seventh organization for Gilbert, who has played in six games and thrown six passes in his career. The son of former NFL quarterback Gale Gilbert played parts of five games behind Baker Mayfield for the Browns last season. His other game was with the Panthers in 2018, when he had the only two completions of his career. The likely backup to Andy Dalton for now is rookie Ben DiNucci, who was a seventh-round pick a few months after leading James Madison to the FCS championship game … The Rams have placed promising rookie safety Jordan Fuller on IR because of a shoulder injury. Fuller unexpectedly won a starting job out of training camp with the Rams (4-1), who picked him in the sixth round out of Ohio State. The free safety has excelled when healthy, making 21 tackles while starting four of five games. But Fuller missed the Rams’ win over the Giants on Oct. 4, and he reaggravated his shoulder injury while making an open-field tackle on the final defensive snap of Sunday’s win over Washington … Dolphins defensive tackle Davon Godchaux is expected to be sidelined for three months with a biceps injury, meaning he will likely miss the rest of the season. The injury will end Godchaux’s streak of 41 starts Sunday when the Dolphins play the Jets. This year, he has 16 tackles, including one for a loss … Packers rookie tight end Josiah Deguara was placed on IR after injuring his knee in the closing stages of the Green Bay’s 30-16 victory over Atlanta on Oct. 5. Packers coach Matt LaFleur had said the day after the game that Deguara’s injury “looks to be a pretty bad one.” The third-round pick from Cincinnati has appeared in two games and caught one pass for 12 yards. He missed victories over the Lions and Saints while dealing with ankle and shin injuries.