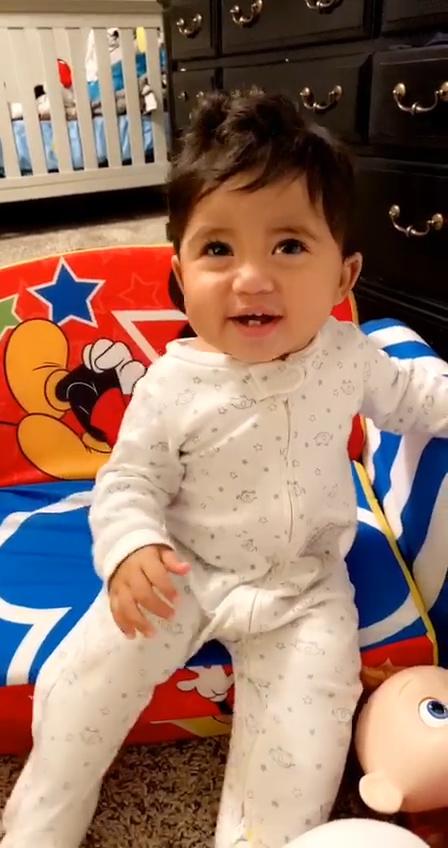 A Harris County family is asking Texas Children’s to allow them to provide home-based mechanical support to maintain heart function of their 10-month-old son deemed brain-dead by hospital doctors.

The request seeks to resolve a conflict in which parents Mario and Ana Patricia Torres went to court in an attempt to require that Texas Children’s continue treatment to 10-month-old Nick, whom they brought to the hospital after he was found unconscious and unresponsive in a bathtub on Sept. 24. They made the request Friday after a state appeals court agreed with the hospital that the child is deceased and denied the family’s appeal. The ruling allows Texas Children’s to unplug the ventilator Monday.

“Immediately allow the parents to take Baby Nick home with them to care for him in hospice,” Kevin Acevedo, the Torres family’s lawyer, demanded in a letter Friday. “They are prepared to sign any and all legal releases … and will pay all cost associated with transporting him and caring for him at home.”

Acevedo subsequently secured authorization from the Harris County Medical Examiner’s Office to allow the child’s removal from the hospital and release to his parents. The letter, signed by Deputy Chief Medical Examiner Dwayne Wolf, said the Torreses understand that “they will immediately contact this office when Nick Torres’ heart ceases to function.”

In a statement, Texas Children’s officials said Saturday that while the medical examiner’s letter “addresses one important legal issue, it is just one step in the process.” It added that it is “the hospital’s understanding that the family and its attorney are working on other necessary arrangements” and that Texas Children’s will support their effort, “with the understanding we also must comply with all legal requirements.”

Neither Acevedo nor Nick’s parents will provide additional comment, the attorney said in a statement Saturday.

The matter is the state’s latest end-of-life conflict pitting relatives of patients against hospital officials contending that continued treatment is medically inappropriate. Most of these conflicts involve Texas’ so-called futile care law, which gives doctors and hospitals the authority to remove life-sustaining care that doctors find unethical as long as they can give the family 10 days to find another hospital to accept the patient. Doctors consider such care futile and unethical when they believe it causes suffering and there is no hope of recovery.

Texas Children’s did not invoke the law in this case because “it’s not applicable to deceased patients,” a hospital spokeswoman said. Brain death is considered death in Texas law, even when ventilation can keep the heart beating.

But Ana Torres’ objections, seen in a week-old Facebook video, resemble those of the futile care law’s detractors, who often criticize the power it gives to doctors and hospitals. She contended that “his heart is still beating on its own” — contrary to hospital statements — and pleaded to anyone watching to help her prevent the hospital from disconnecting the ventilator.

“He’s still fighting for his life and I want God to decide, not the hospital, not the courts, not nobody,” said Torres, her voice cracking. “I don’t think anyone has the right to decide over a human being.”

Acevedo said in interviews that the case is about “who gets to choose when a child is taken off life support” — the parents or the doctors?

In a court filing, Acevedo argued that the family “holds hope that a miracle will happen and simply need time.”

The matter dates to Sept. 24, when Nick was discovered underwater in the family bathtub. He was rushed to Texas Children’s Hospital in The Woodlands and immediately placed on a ventilator, his pulse weak, his body temperature at a life-threatening level, his appearance “toxic.”

Doctors declared Nick brain-dead on Sept. 27 and then again on Sept. 30, after his transfer to the hospital’s Texas Medical Center campus at the request of the family. The family had sought to transfer Nick to Memorial Hermann and the Woman’s Hospital in Houston and the University of Texas Health Science Center in San Antonio, but all three institutions turned down the request because the boy had already been declared brain-dead.

The determinations followed formal brain-death exams. After the second one, doctors informed the parents of the need to remove Nick from the ventilator.

That same day, Acevedo filed a petition in a Harris County judicial district court on behalf of the Torreses, claiming the hospital was “rushing to make a decision.” The parents sought more than $1 million in the matter.

The judge gave the family more time, but two different judges subsequently ruled in Texas Children’s favor that the child is deceased. The second, which was handed down by the 14th Court of Appeals Friday afternoon, said Texas Children’s can remove the ventilator Monday at 5 p.m.

Lawyers for the Torres family hope to secure Nick’s release by then. In his letter to the hospital, Acevedo demanded not just that Texas Children’s allow the parents to take Nick home, but also to immediately begin providing the nutrition “his organs need to continue functioning.”

“If TCH refuses to feed Baby Nick nutrition, it will constitute one of the cruelest things we have ever seen from a world-class hospital,” Acevedo wrote. “If TCH medical staff understand it is not legally or medically necessary to feed Baby Nick because they consider him a ‘corpse’ (he isn’t), then they should release the body to the parents immediately. TCH needs to do the right thing. Their refusal is unconscionable.”

She added that “our hearts are with the Torres family.”