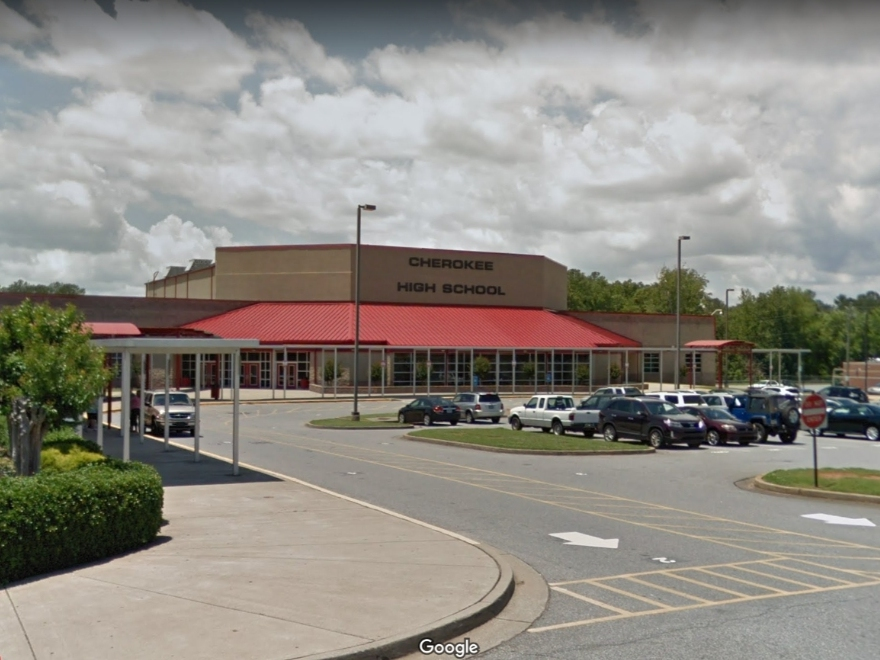 While Superintendent Brian Hightower describes this school year as an “anomaly” for enrollment and facility usage levels given the pandemic and the operation of both in-person and digital learning models, the trend in steady to slower enrollment growth is expected to continue.

This is a contrast to the explosive growth experienced by the school district prior to the Great Recession, which led to a housing boom and a school construction boom, the mortgage for which still is being retired through a portion of Education SPLOST (Special Purpose Local Option Sales Tax). The five-year sales tax is up for renewal in 2021, and Hightower said Thursday that, in addition to a focus on continuing to pay off that mortgage, it may now be the time for the school board to consider renovating or replacing Cherokee High School.

It is both the oldest and the largest high school in the district, with significant funds invested in renovations and expansions over the decades, including its recent expansion into the adjacent Canton Elementary School campus. As Cherokee High is an older and heavily used campus, Hightower said he foresees the need for costly maintenance and renovations to continue.

“We’re not going to see a huge enrollment boom over the next SPLOST,” he said, noting that the district’s overall enrollment is expected to grow by about 2,500 students over the next decade. That slowing growth could allow for a focus on smaller improvement projects, infrastructure updates and construction of a replacement Cherokee High. “You can take an older facility, like Cherokee High School that will be 70 years old at the end of the next SPLOST, and build a replacement.”

The core buildings on the Cherokee High School campus opened in 1956, with numerous additions and renovations since including $16 million in investments since 2002. The school, which currently serves 2,850 students, has seen its enrollment jump by 25 percent during those past eight years. Expansions, most notably the absorption of the neighboring Canton Elementary School campus now known as Cherokee North, gave the campus breathing room with school capacity now at 83 percent. While capacity no longer is considered overcrowded, there are lingering issues due to the age of many buildings on campus ranging from narrow hallways and small bathrooms to more costly regular maintenance work.

“We know it’s not the quality of the building that matters, it’s the teachers,” said school board member Mike Chapman, whose two sons both graduated from Cherokee High School, “but the building is obviously dated.”

Hightower did note that the school is the most expensive to maintain, but the school board has invested to keep it useful and aligned with newer schools as far as technology, equipment and other infrastructure.

Should school board members opt to put the project on its official Education SPLOST list next summer in anticipation of the November election, Hightower said they also would have the opportunity to determine the future use of the existing campus. Construction, should it begin in 2023 when funding – which runs $90 million to $100 million for a new high school campus – would be available through the Education SPLOST renewal, would take nearly three years, allowing for a potential opening date in 2026.

The main high school campus could be repurposed, Hightower said, such as for a career and technical high school academy, perhaps as a magnet school or a half-day option open to students from all six high schools who would go there to take specific career electives not offered at their school.

During the work session, Hightower alluded to the fact an executive session was planned for later that night to discuss real estate, and he could disclose more than about the potential for a new Cherokee High School. Following that closed session, which is permitted by law to discuss real estate purchases and sales, the school board emerged and unanimously approved for Hightower to pursue the purchase of real estate. While details of pending real estate transactions cannot be disclosed, the school board has long been searching for an ideal site for a new high school in the greater Canton area.

As part of the work session conversation about enrollment trends, Hightower said the current enrollment and school capacity levels show no schools as “critically overcrowded,” so he has no plans to ask the school board to make any boundary changes for next school year. There are several campuses, such as Creekland Middle School, which is operating at 108 percent capacity, and Creekview High, which is operating at 107 percent capacity, that could benefit from classroom additions in the next Education SPLOST build, and there may be some boundary adjustments to consider between Freedom Middle School and Teasley Middle School in the future, he said.