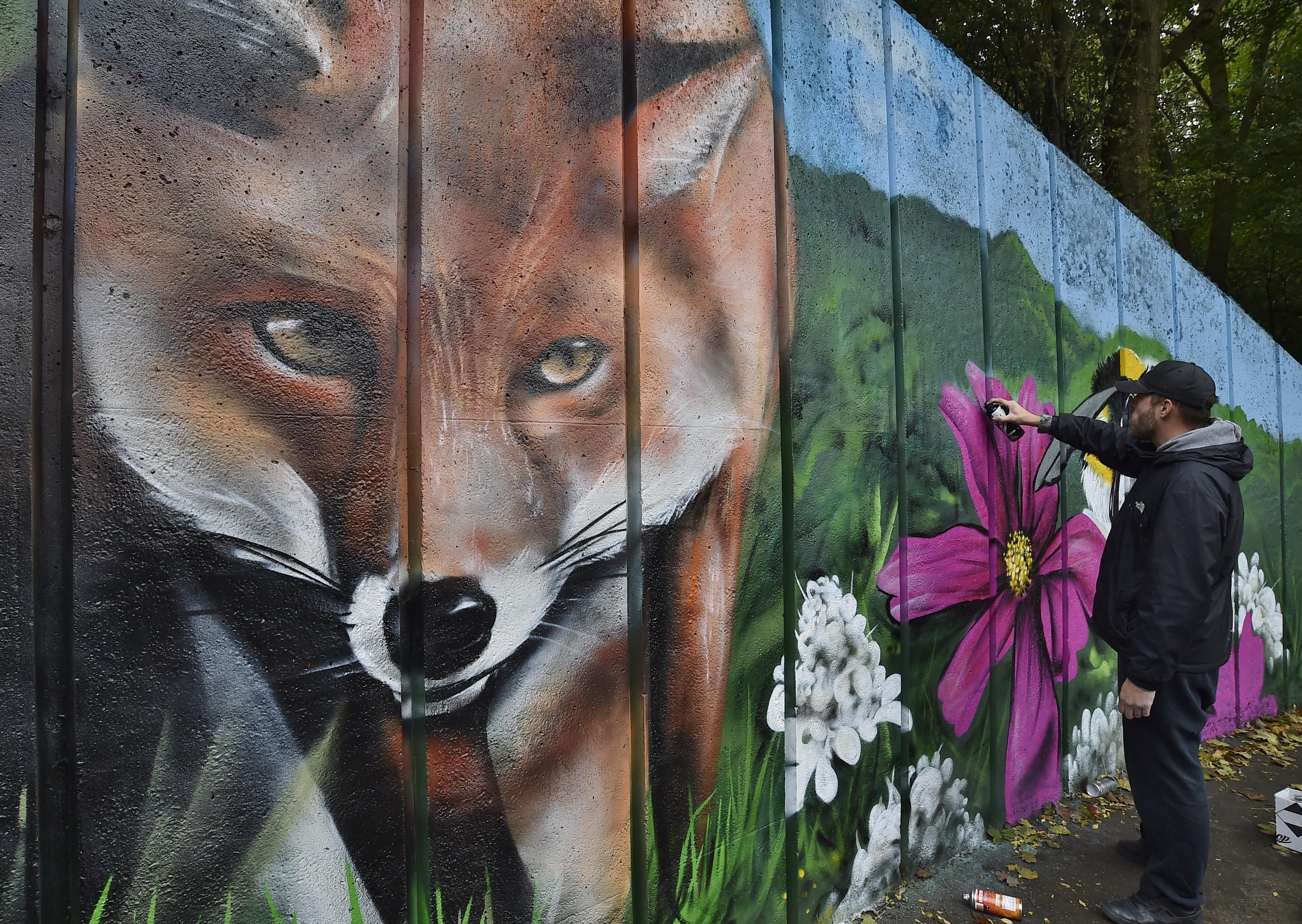 This is the second week of the project’s painting stage. The project itself was first initiated 18 months ago, jointly by Werrington Neighbourhood Council, Councillor John Fox and local artist Nathan Murdoch.

It was launched after concerns were expressed at the rundown state of the local underpasses in Werrington. A few months ago, funding was secured from the Cambridgeshire Community Foundation to create the new murals.

The theme of the artwork is nature and was chosen after an online poll as residents expressed their desire for the new murals to reflect the thriving animal habitats that the Cuckoos Hollow nature reserve provides.

Residents were then invited to submit their own photos of different creatures to give Nathan some inspiration for the final design, over 250 were received.

The project is being kept local too with Nathan, who owns Peterborough-based Street Arts Hire, living in Werrington. They are responsible for many pieces of street art across the city, with Nathan twice going viral across the world for both his tribute to The Prodigy singer Keith Flint and his Art Against Racism mural at Taverners Road underpass at Bourges Boulevard.

He said: “The existing mural was painted around 10 years ago and it has aged a bit since then. It’s great to be able to update it and make it more family friendly.

“I never realised just how many people travel through the area. While I was there working on Saturday, I must have spoken to more than 100 people, so I’d like to improve the area for everyone who passes through.”

Nathan, who has been painting for 22 years, is being helped on the project by fellow local artists Carl Urwin and Steve Crowe, both based in the PE4 postcode.

They have also been running community sessions to give local residents the opportunity to visit and have a go themselves. A children’s session was held on Saturday with over 20 people taking part. They each received tuition on how to do 3D lettering and each produced a canvas to take home.

The project is also being recorded each day in order for a video to be released giving people a glimpse into just how it has all come together.

Sally Weald, Secretary of Werrington Neighbourhood Council added: “This underpass has created so much local interest. It is great to see so many people coming out specially to see how their favorite image is progressing, standing and chatting with the artists and the other spectators.

“Nathan and his team have such great talent and the artwork is stunning – it is great to see the image of the fox emerge through the trees as you walk down the slope to the underpass.

“We would especially like to thank Cambridgeshire Community Foundation for their support of the funding.”

Weather permitting, the plan is for the mural to be completed over the coming week.