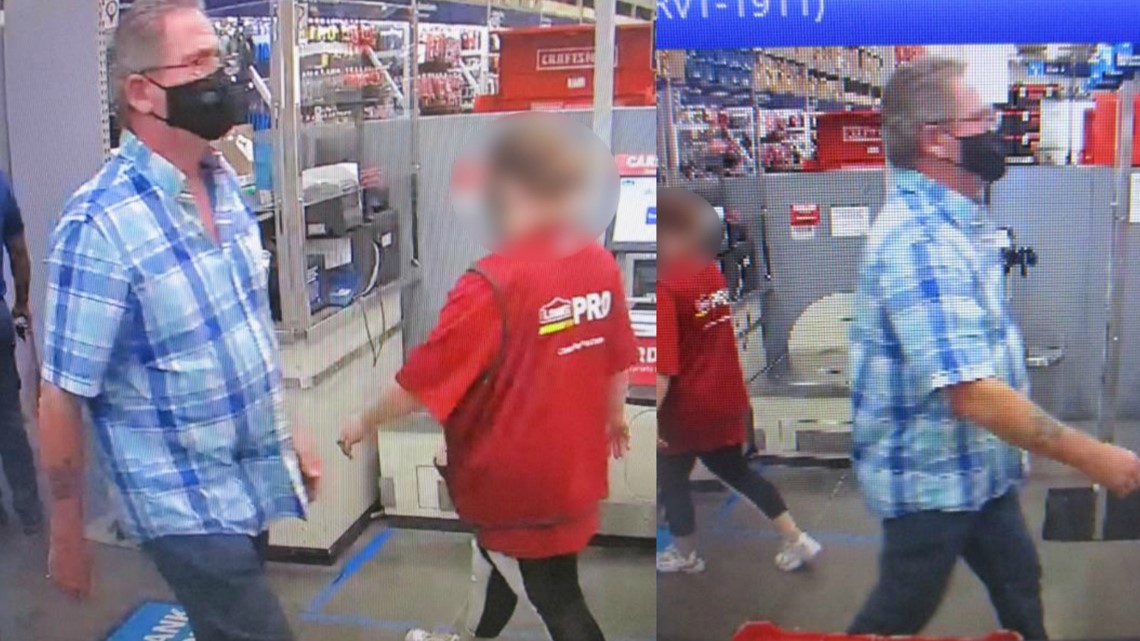 They say he filmed someone from under a bathroom stall.

RIVERVIEW, Fla. — Hillsborough County Sheriff’s deputies are searching for a man they say was caught filming inside the restroom of a Riverview home improvement store.

Deputies say the man entered the Lowe’s on Gibsonton Drive in Riverview around 5:45 p.m. on Sept. 29 and immediately walked toward the store’s bathrooms.

Later, around 6:30 p.m., the victim told deputies they saw the man reach under the bathroom stall with a cell phone to record them. According to law enforcement, the victim attempted to confront him following the incident, but the man quickly left the store.

Deputies say the man is between the age of 50 and 60 years old. Investigators say he was last seen wearing a white and blue paid button-up shirt, blue jeans and a black M5 medical mask and glasses. The man also had an unidentifiable tattoo on his right arm, investigators said.

“The actions of this suspect are disturbing and will not be tolerated,” said Sheriff Chad Chronister. “Thankfully, the surveillance footage we have of him is decent enough that someone out there could identify him. I urge anyone who saw this individual or noticed any kind of suspicious activity at the store last week to call us immediately.”

What other people are reading right now: