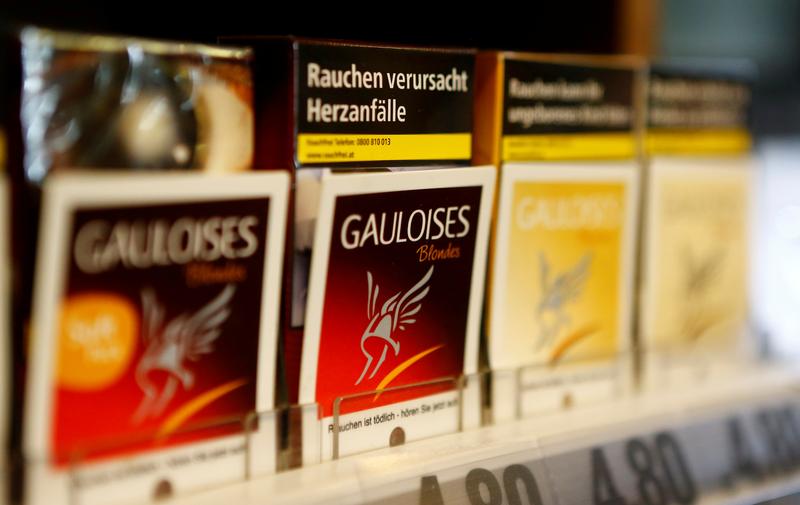 LONDON (Reuters) – Demand for cigarettes has picked up in the COVID-19 pandemic, helped by a rise in home working that has given smokers more opportunities to light up, Imperial Brands said on Thursday.

The maker of Gauloises and West cigarettes nudged up its full-year revenue forecast.

A spokesman for the British firm said consumers appeared to be spending more on tobacco as they saved money in other areas, such as travel and holidays, while working from home meant many of them were not restricted by when they could smoke.

The news came as Ladbrokes and bwin owner GVC Holdings raised its annual earnings outlook, helped by a surge in online gaming, in another sign consumers are looking to escape the stresses of the pandemic.

Imperial said it expected full-year net revenue to be broadly flat, with a 1% increase in its tobacco business offsetting a 30% drop in its small “next generation products” business, which includes e-cigarettes.

The company said at its half-year results that it would reduce investment in next generation products, once considered the next frontier for the tobacco industry.

The revenue forecast is slightly above guidance provided at the half year and the first indication of performance under CEO Stefan Bomhard, who joined in July.

It is also above analysts’ estimates, according to Jefferies analysts, who said the consensus was for a decline of 1.6% overall and 0.4% for tobacco.

Imperial’s shares were up less than 1% in morning trading.

The company also noted shifts in demand between markets, with strength in key European countries and the United States, but weakness in traditional summer tourist destinations, as smokers stayed home.

Still, Imperial forecast earnings per share down around 6%, due to increasing its provisions as a result of COVID-19 uncertainties and pandemic-related manufacturing costs.

“We would suggest this is a positive print,” Jefferies analysts said. “Focus will now shift into next year and whether it can maintain this momentum when dynamics start to change again post COVID (recession, travel opening up).”

Imperial will report full-year results on Nov. 17, when it will announce the date of a capital markets event in the first quarter of 2021.