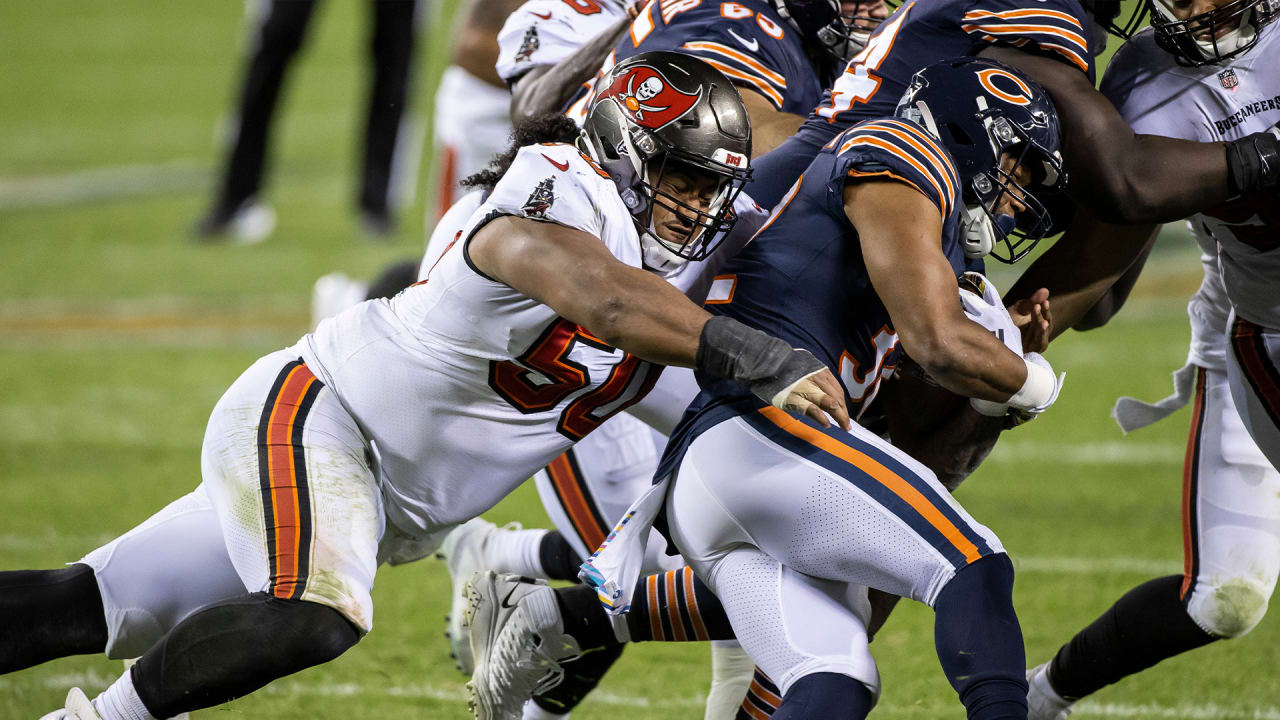 The bad news for the Tampa Bay Buccaneers is very, very bad: Defensive lineman Vita Vea is headed to injured reserve, ending what was shaping up as a potential Pro Bowl season. Vea, who is at the heart of a Buccaneers defense that currently ranks fourth overall, second against the rush and seventh in points allowed, suffered what Head Coach Bruce Arians termed a broken leg during Thursday night’s 20-19 loss to the Chicago Bears.

Vea was injured while making a tackle for a loss of one yard on running back David Montgomery on what proved to be Chicago’s game-winning field goal drive in the fourth quarter. That was one of Vea’s three tackles in the game and he also recorded one of Tampa Bay’s three sacks. The Buccaneers held the Bears to 35 rushing yards, marking the third straight game in which they held an opponent below 50 yards