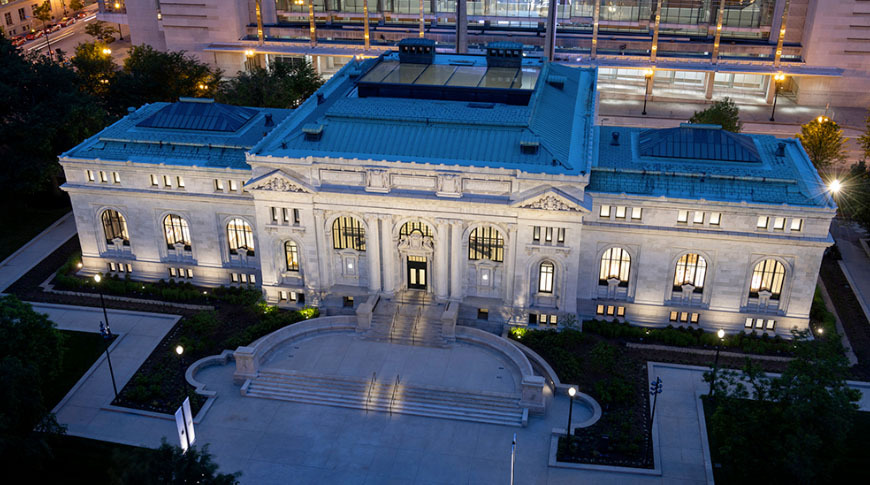 Opened in 1903, the building served as Washington D.C.’s first public library and its first desegregated public building. The building, initially designed by Ackerman & Ross, is well known for its Beaux-Arts style that draws heavily from French neoclassicism, gothic, and Renaissance elements.

The building had fallen into disuse between the turn of the twenty-first century and 2017 when Apple began renovating the library into the city’s second Apple Store location, Apple Carnegie Library.

The renovation was undertaken by Foster + Partners, a British international architecture design headquartered in London. The renovation took approximately two years, with the location reopening in May 2019.