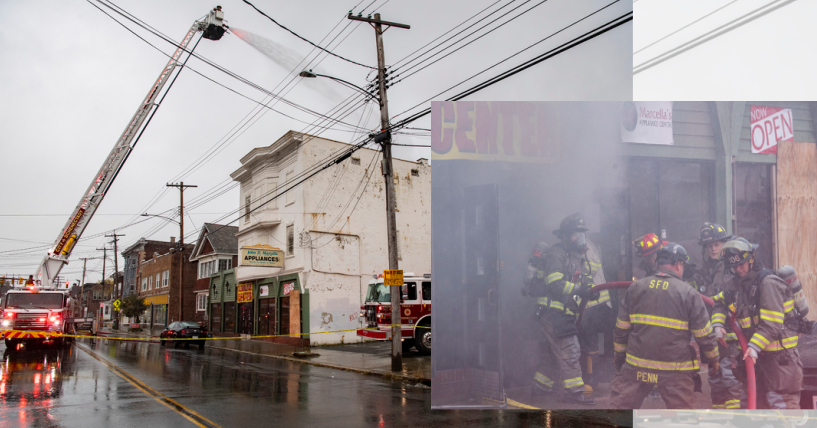 SCHENECTADY — Not even three weeks after announcing plans to renovate his Crane Street appliance store, John D. Marcella is trying to figure out if the building is salvageable after a fire broke out there Tuesday morning.

The fire was called in at the 810 Crane St. building at around 8 a.m. Tuesday. The initial cause is believed to be water seeping into a light fixture, Marcella said.

The century-old building serves as a clearance outlet and a warehouse for the larger headquarters of Marcella’s Appliance Center down the hill on Broadway, as well as a smaller Clifton Park retail location.

In late September, Marcella’s announced it would renovate the façade and other parts of the Crane Street building. The Schenectady County Metroplex Development Authority announced it would provide a $50,000 façade grant for the project, which it said would boost the