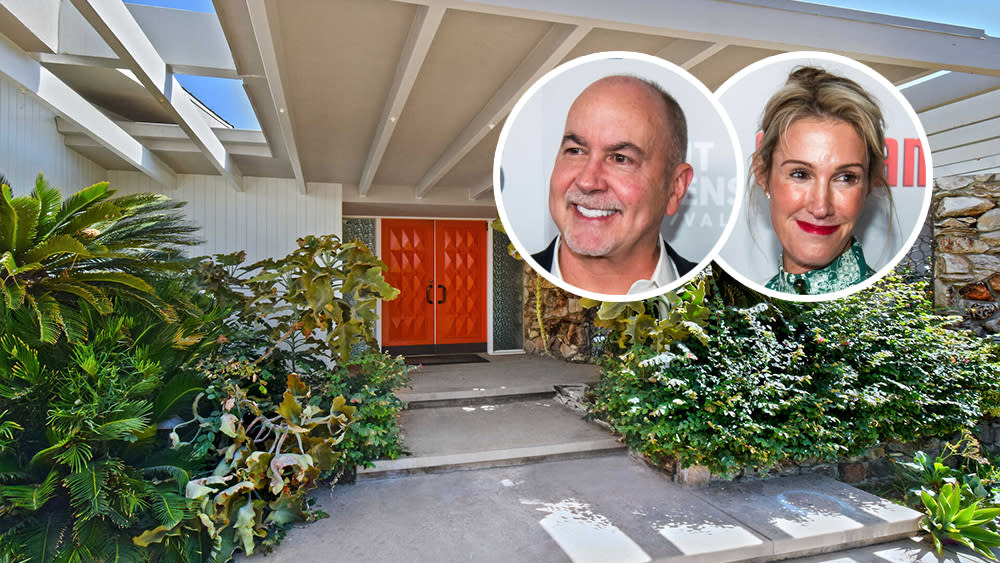 Powerhouse showbiz couple Rachel and Terence Winter have hoisted their midcentury home in a prime neighborhood of L.A.’s proto-suburban Encino community on the market at a hair under $2.9 million. Tax records show the Winters acquired the stylishly retro property in about five-and-a-half years ago for a tetch more than $2.1 million, and listings held by Denise Snanoudj at The Agency show the well-preserved and extensively updated mid-1960s sprawler has five bedrooms and four bathrooms in close to 4,000-square feet.

Terence Winter wrote and produced dozens of episodes of The Sopranos” before he created, wrote and executive produced the HBO series “Boardwalk Empire.” He was nominated for an Oscar in the Best Adapted Screenplay category for the 2012 film “Wolf of Wall Street,” and is listed as a writer and executive producer on the upcoming Jennifer Lopez-starring feature “The Godmother.”

Rachel Winter is a film and television producer who, along