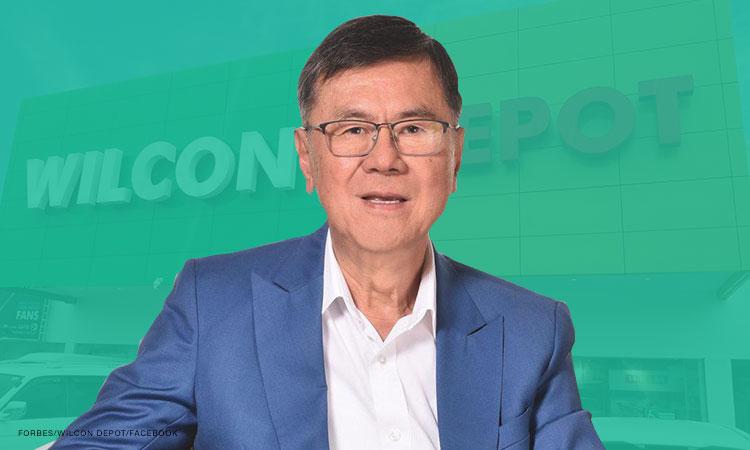 Sales have zoomed since the home furnishing one-stop shop reopened after two months of lockdown, its founder and chairman emeritus William Belo disclosed. He is also the 19th richest in the country, according to Forbes.

“Actually, a blessing in disguise with all these lockdowns, people started working from home,” Belo told CNN Philippines’ Rico Hizon. “When you stay at home, you see a lot of things that you need to make changes on or improve. When we started opening again, business really picked up very, very well.”

He said all stores enjoyed a lift in sales ever since.

The rebound in sales was good enough for Wilcon to continue building new stores, having opened four outlets so far and looking to add two more before the end of the year.

The brand opened a new branch in Laguna just last week, and Belo said the company is building four more stores to be opened in early 2021.

The listed firm has been in the business for 43 years, but Belo said the COVID-19 crisis was definitely the most “epic” of all.

Wilcon eked out a ₱352.4 million net income in January-June, which is just a third of the ₱994.6 million it made during the same period in 2019, according to regulatory filings. Second quarter gross revenues were halved to ₱3.5 million versus last year, factoring in shutdowns in April to May.

Sales are up, but Belo pointed out that a prevailing issue now is how their workers can commute to work due to limited public transportation.

The Wilcon brand is not stopping here, as Belo revealed that the shop is working on its own online portal to reach more customers.

“We are actually getting into the digital platform, but most of the products that Wilcon is selling are more on the things that people need to see, touch, and feel before you can really decide what to buy,” he said.

“We are already in the process of getting into internet selling,” he added. “It would be ready by the end of the year.”

Soon, buying a new tile, chair, or door could be one “add to cart” button away.